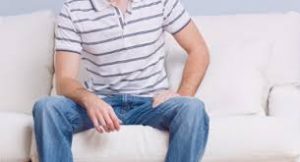 I’ve heard of a vasectomy. What is it?

A vasectomy is a simple surgical procedure that permanently protects against pregnancy. It is an operation for men otherwise known as “male sterilization,” that prevents sperm from leaving the man’s body and prevents the partner from getting pregnant.

How is a vasectomy done?

A vasectomy is a simple, quick operation that is done in a doctor’s office, hospital, or clinic. It is an outpatient surgery in which you do not have to be put “to sleep” during the procedure, and you can go home the same day. 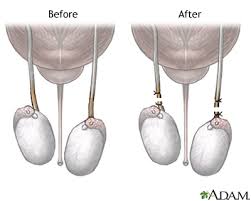 The vas deferens are 2 small tubes in the scrotum that leave the testicles, carrying sperm and allowing them to mix with other fluids to form semen. Normally, the semen ejaculated from a man during sex contains sperm, and the man’s sperm to find and join up with the woman’s egg and cause pregnancy. “Vasectomy” is named for the “vas” in “vas deferens.” In a vasectomy, a doctor cuts or blocks each of the 2 vas deferens tubes, sealing off the road for sperm to get into the semen fluid.

Starting about 3 months after a vasectomy, sperm will no longer be part of the semen because they cannot be transported past the cut or block where the vasectomy was done. The sperm stay in the testicles and get absorbed by the body. Since there are no sperm in the semen, the semen cannot make a woman pregnant even if it gets into a vagina.

What happens right after a vasectomy?

Right after the surgery, it is common to feel a bit sore. Resting for about a day can be helpful. Full recovery occurs in less than one week after the procedure.

After a few days, men can have sex again normally. It can take a few months for the sperm to stop getting into the semen after a vasectomy, so it is still important to use another form of birth control during sex during that time to prevent pregnancy. After about 10-20 orgasms or ejaculations after the procedure, men can have a test done to see if there are any sperm in his semen. Once the test shows that there are no sperm in the semen, which is usually about 3 months after the procedure, a man who has had a vasectomy will no longer need to take any additional birth control steps before sex, like putting on a condom.

Is a vasectomy right for me?

asectomies are a great birth control option for men who are positive that they do not want to get someone pregnant for the rest of their life. They are almost 100% effective at preventing pregnancies. Vasectomies are usually not able to be reversed. They should be considered permanent male birth control.

Men who have had vasectomies can still orgasm or ejaculate after the procedure. Men will still produce the same amount of semen and ejaculate the same way and amount during sex. A vasectomy does not change the way ejaculating or orgasming occurs or feels, and it doesn’t change the look, feel, taste, or smell of the semen that was ejaculated. It does not affect a man’s testosterone level, sex drive, or any other part of your sex life. After a vasectomy, the only change is that there are no sperm in the fluid that gets released, so it can’t get anyone pregnant.

If you are sure that you do not want to get anyone else pregnant and you are interested in a vasectomy, contact us today to schedule an appointment with the best urologist in NYC to see if a vasectomy is right for you.

Visit our main website at www.UrocenterofNewYork.com for more information. 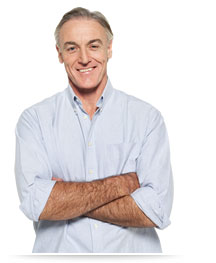 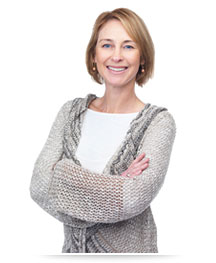